This Adorable Double Proposal Story Will Give You All The Feels 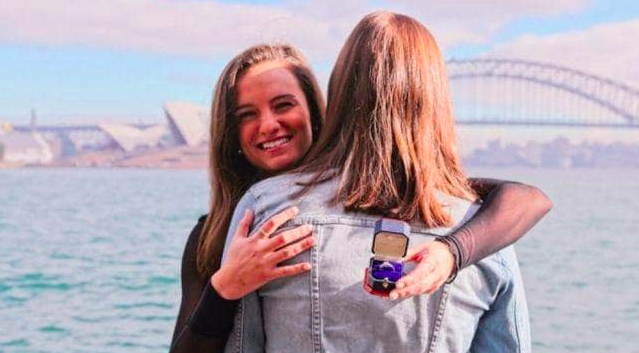 One photographer, two girls, two rings and one iconic location.

Stunning Sydney Harbour provides one of the world’s most spectacular backdrops when it comes to popping the big question. Since Averi Gerberding, 27, started offering tourists a two-hour portrait session shot at Sydney’s most iconic spots, such as Hyde Park, St Mary’s Cathedral, The Mint, The Botanical Gardens and the Opera House in May 2018, she has already shot four marriage proposals.

However, none were quite like the double proposal of Courtney Callahan, 25, an English teacher and Steffani Smith, 30, a PE teacher from Florida in the United States. The women met at teachers drinks then became fast friends before eventually falling in love and becoming a couple, two years ago.

Australia was on top of their travel bucket list. However, they believed it was a pipedream until Steffani found a discount airfare and they were able to turn their dream into a reality in July 2019. “We’d planned to do a photoshoot in Sydney just to have some gorgeous pictures; however, I’d planned to propose. My whole mindset was if I’m doing this in Sydney, I want it to look like it!” explains Courtney, who had her heart set on proposing Lady Macquarie’s Chair.