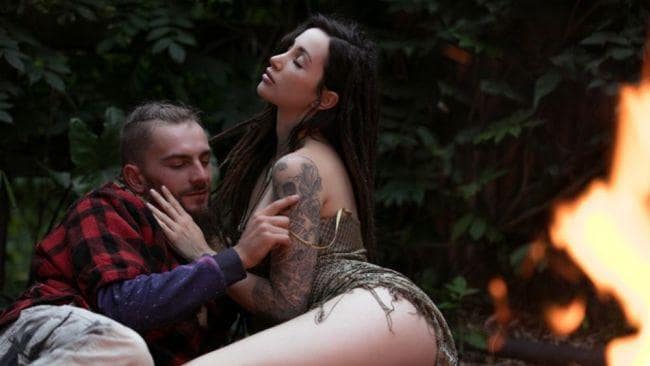 This story appeared on whimn.com.au

Australia is the most Insta perfect destination on earth. The world just can’t get enough of our photogenic coastlines, stunning nature, sparkling blue oceans, white sandy beaches, and if we don’t say so ourselves, our genetically blessed Instagrammable inhabitants. So, let’s take it up a notch. How about an Instagram influenced Aussie pornographic film, inspired by those circumventing our island home, in all manner of #vanlife, #blessed #wherethebloodyhellareyou? #inourvanhavingsexwhereareyou!

The 24-minute short Wanderlust, stars real-life couple Verde, 27, a model from the Riverina District, her partner, Oli, 24, a tradie from the Southern Tablelands in New South Wales and a super cute blue and white Kombi van.

The pair met when Oli followed Verde on social media in 2015, and they became internet friends before a chance meeting at a music festival in 2016, led to them falling in love and they’ve been inseparable ever since. In reality, the couple loves nothing more than camping. “We mostly travel close by in NSW and ACT national parks, but we do go on longer trips from time to time,” said Verde. “We just bought a camper trailer, so the plan is to save up as much money as possible and take a year off to go around Australia.”